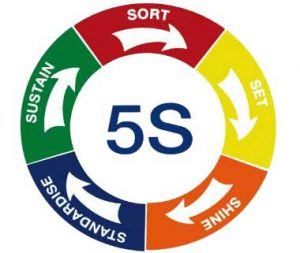 Select the company you want for this certificate

In English, these words are often translated to:

Each S represents one part of a five-step process that can improve the overall function of a business.

The 5S is a system used in Japan in an institutionalized manner and has been gifted excellent results for industrial and service units.

The results usually obtained by this method can be summarized as accident prevention, reducing work disruption, controlling production / service operations and increasing workplace productivity. Overall, the ultimate goal of 5S is waste prevention.

Although the 5S is seemingly simple and easy to understand, and the basics seem to be simple to implement, organizations and units generally find it difficult to implement in practice.The reason for this is to be found in its simple appearance.

In fact, the 5S is difficult to achieve because managers and executives are not fully aware of its goals and missions, so it is very difficult to implement the 5S and provide the right platform for it until its principles are well known.

5S is a system for organizing spaces so work can be performed efficiently, effectively, and safely. This system focuses on putting everything where it belongs and keeping the workplace clean, which makes it easier for people to do their jobs without wasting time or risking injury.

Over time, the 5S methodology leads to many benefits, including:

The 5S concept might sound a little abstract at this point, but in reality it’s a very practical, hands-on tool that everyone in the workplace can be a part of. Who Should Participate in 5S system?

Here’s the short answer to this question: everyone. If a department is starting 5S, managers and all other employees should be included. If anyone is left out, this could lead to confusion or to messes that people don’t want to take ownership of.

It is possible that some people will play a bigger role in 5S than others, which is fine. There might be 5S coordinators who are in charge of installing and maintaining 5S labeling, keeping tracking of assigned tasks, or introducing new department members to the 5S. These people will obviously spend a lot of time thinking about 5S compared to others.

Everyone should think about 5S regularly, though. 5S might initially take place as an event, but ideally it becomes a part of daily work for everyone.

It’s also important to remember that company leaders should participate in 5S, especially if 5S is a company-wide effort. When people see their superiors taking 5S seriously by participating in it, they’ll be more likely to take it seriously, too.

Anyone who will participate in 5S activities needs to receive training. This could be done in a classroom setting, with a training DVD, and/or through hands-on activities. A demonstration of how 5S could occur at a workstation might also be useful.

For employees to understand why the company is going to start using 5S and why it’s important, they should be given a brief history of 5S, its parts, and its benefits.

It’s quite possible that the way 5S is carried out at one organization or even one department will be different from others, so groups performing 5S for the first time may need to work out the best way to perform the steps of 5S in their spaces. 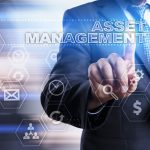 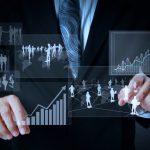 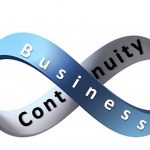